Etusivu > Ajankohtaista > Articles > When the going gets tough…

15.11.2018 Articles International topics
Teksti
Risto E. J. Penttilä, CEO
Julkaistu: 15.11.2018
Jaa: Share in Facebook Share in Twitter Share in LinkedIn Share in WhatsApp
It is not easy to be a business leader today. In addition to running your business, you have to pay attention to a number of non-business issues such as geopolitical risk, natural disasters, technological breakthroughs, Donald Trump tweets and Brexit uncertainties. The question is: how to succeed in the modern age of radical uncertainty?

The traditional method in Finland is to rely on perseverance and sisu. Whatever comes, we will deal with it. This approach always reminds me of the old Billy Ocean song: “When the going gets tough, the tough get going”.

There is nothing wrong with sisu and perseverance but why wait until the going gets tough? Why not prepare for surprises and shocks in advance?

In September 2017 Nordic West Office embarked on a nine-month-long scenarios journey with 16 companies. We travelled to Asia, North America, the UK and Germany. We met fascinating experts and looked at megatrends, politics and technology. Our mission was simple: to prepare for all eventualities.

As a result of the process we created four scenarios: Belt and Road which lengthens China’s march and examines how far it will take us; War-War picks up on how patriotism, populism and protectionism unify and divide within borders; Cyberworld imagines what technology can do for us on a global level; Downshift focuses on the interplay of the new economy and changing values under conditions of lower growth but higher hopes.

As a part of the scenarios analysis, we were able to identify paths that could lead to the breakup of the EU, the political and economic collapse of China, or a tactical nuclear strike by North Korea. Conversely, there are also plausible paths leading to a breakthrough in quantum computing as well as market driven solutions for climate change mitigation. All within the next three to eight years.

The four scenarios can then be approached from the vantage points of different trends, phenomena and geographies. The scenarios allow you and your company toquestion your assumptions, stress-test your strategies as well as prepare for future shocks and opportunities.

Louis Pasteur, the French biologist and chemist, had a favourite saying: “Fortune favours the prepared mind.” The best way to develop a prepared mind is to use scenarios. 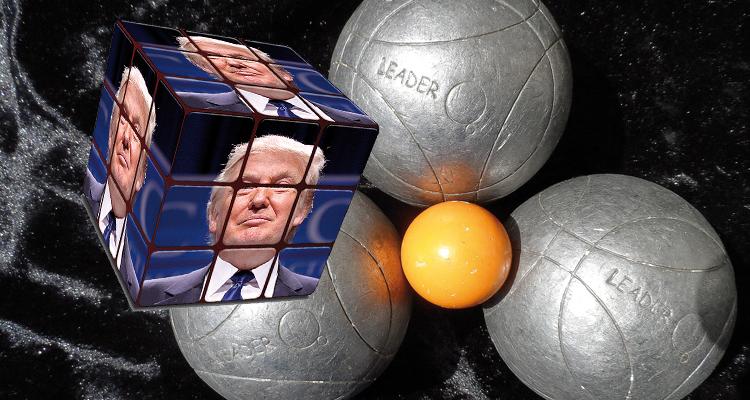